Genes are the basic units of heredity. They contain the information to makes us in the first place and then to control the mechanisms of the body. Genes carry this information in the form of DNA, which is made up of long sequences of four chemical compounds known by the letters A, C, G and T. 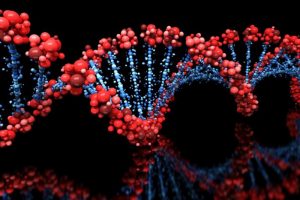 Most genes act by creating proteins – the sequence of “letters” in each gene is translated to make a specific protein. it is the interaction of these proteins that makes the body function.

Gene therapy aims to carry a normally-functioning gene or length of DNA into a cell to correct or replace a non-functioning gene. To do this requires two principal elements: a corrected gene or section of DNA and a carrier molecule to transport the gene to the correct cells within the patient. This carrier is called a ‘vector’.

A number of different types of vectors have been developed, but the most common are based on viruses. This is because viruses are very efficient at delivering genes into cells. Natural viruses deliver their own genes, which allow the virus to multiply (often killing the infected cell) and spread to other cells. The viruses used for gene therapy are genetically altered, removing viral genes (so they can’t cause disease), and replacing them with the relevant human gene to be delivered into the target cells.

The idea is that once the new gene or genetic material has been delivered into the cell, its genetic code is read and the cell starts to produce the correct protein, and normal functioning is restored.

The concept sounds relatively simple, but in reality there are many difficulties to overcome. Early trials, around the turn of the millennium exposed a number of problems, which set back progress for some time. However, significant technological advances have been made and in the last few years there has been an upsurge of activity in the field and a number of new treatments have been approved or are being tested.

The problems to be overcome include:

There are a number of specific issues facing gene therapy for A-T which make it a much more difficult target than many other inherited disorders. One obvious one is that A-T is a complex condition affecting many different processes in the body. You need to decide which cells to target.

Most people would consider the cerebellum to be the most logical target, since neurological disability is the element which has the most major impact on life for people with A-T and in addition the problems it causes with swallowing and clearing the lungs are likely to play a major part in the incidence of lung disease. However, the brain is a very sensitive and well protected organ which makes it very difficult to target. It also seems very likely that it is not just the cerebellum that is affected by A-T, but also other areas of the brain.

Nevertheless, while all these issues are serious, progress is being made in overcoming many of the problems facing gene therapy. Although as we have seen, A-T appears a more challenging target than many other disorders, it is likely that in the medium to long term this could be one of the most likely bases for an effective treatment for A-T.