There is a lot of research going on that can help us develop treatments for A-T. Some of it is directly focused on A-T while some is research into other conditions which provides insights or technological advances that we can use. This section aims to give an overview of the most important areas of research and provide information on what is happening.

This makes the field of research wider and more complicated. It also means that we will probably not immediately find one treatment to ‘cure’ A-T at a single stroke. As with many other conditions, it is likely that we will make progress on a number of different fronts, gradually building up our ability to manage the different symptoms, until we can eliminate these entirely or at least ensure they have a minimal impact.

In most countries, A-T affects around three people per million of the population, making it officially an ‘ultra-rare condition’. In some countries this means that the condition is little known and therefore little diagnosed. It also means that cases of A-T are very spread-out making it very difficult for doctors or clinics to see many patients and build up a good understanding of A-T and how best to treat it. Published studies tend to be based on very small numbers, which weakens the impact of their findings.

It also means that organisations like the A-T Society supporting A-T research tend to be small and have limited funds to invest in research, which can be very expensive. The small number of potential patients also makes pharmaceutical companies less likely to prioritise treatments for A-T.

A-T is a complex condition, affecting a number of different systems in the body. This reflects the fact that the ATM protein, missing in A-T, plays an important and complex role within the cells of the body. In fact it is known to interact with around 1,000 other molecules. This makes it very hard to identify exactly why some cells or processes are badly affected by the loss of A-T and others not.

It is also likely that some of the different symptoms of A-T may be due to the loss of different functions involving A-T. This means that an approach which fixes one symptom, may not be effective with another. Additionally, treatments for different aspects of A-T may well need to be targeted at different parts of the body – the brain, the lungs, the bone-marrow for example.

As mentioned in the previous item, given the wide range of functions of ATM, it is very hard to pin down exactly which function it is which is leading to a particular symptom, and therefore which function a treatment should aim to restore. These cell processes are often called ‘pathways’ since one protein usually triggers or blocks another which in turn does something else and so on.

In particular this question is asked for the neurodegeneration, the symptom with the greatest impact on every-day life. Perhaps the biggest and oldest unanswered question in A-T research is: Why do the Purkinje cells in the cerebellum die off in the absence of ATM when other neurons don’t? If we knew that one particular function or pathway was responsible, we would be able to focus our effort on drugs or other treatments that might restore or compensate for the loss of that.

Size of the ATM gene

ATM is a very large gene, over 10 times larger than the average size of a human gene. This is a particular issue for gene therapy, where the idea is to load a corrected gene into a ‘vector’, a molecular vehicle, usually a specially modified virus, which will carry it to the organ it needs to reach. The ATM gene, though, is too big for most viruses to carry and even the few that can with such a large ‘payload’ become very difficult to use.

The gene is also too big to go through the blood-brain barrier, which means that if you want to deliver it to the brain (e.g. to treat neurodegeneration), you cannot do this via an injection into the bloodstream but will have to find another route. 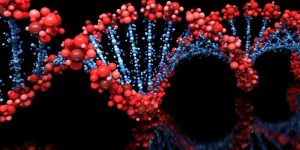