A-T is a complex and very variable condition. No two people will have exactly the same symptoms or experience, even within the same family. To some extent, the way the condition develops can be affected by the type of mutations the individual has and where they are on the gene. But even siblings who inherit exactly the same mutations may vary in how they are affected.

There is a small subgroup of people who have a form of A-T in which the symptoms develop more slowly, and some may be milder or absent, particularly the immunological problems. Genetic studies have shown that individuals with this form of A-T have particular mutations, which allow a small amount of functioning ATM protein to be formed. This form of A-T does not have a formal name yet, but tends to be known as ‘variant A-T’ or sometimes ‘mild-variant A-T’. However this is not an appropriate name as the condition is only really ‘milder’ in that it is slower to develop.

In addition to the two forms of A-T there are a number of other rare but distinct conditions which share some of the symptoms of A-T. These involve mutations on different genes, but genes which interact with ATM in the cell, and as a result some of the same processes are disrupted when these proteins are not produced. Most of these conditions are extremely rare, but as they share symptoms with A-T they are listed here.

This is the condition that is usually described as “A-T”. In the case of classic A-T, the mutations on the ATM gene mean that no active ATM protein is produced. As a result, people with classic A-T are prone to developing all or most of the classic symptoms.  These are likely to start developing in early childhood and children are likely to be quite severely disabled by the time they reach puberty.

Some people with A-T have a particular kind of mutation which enables them to produce either a small amount of functioning ATM protein, or else a form of ATM that while not correct, is partially functional. The effect of this seems to be that the symptoms develop more slowly and some may be milder. For instance it is rare to find major immunological problems in these people. Sometimes people with this form of A-T are only diagnosed in adulthood, though this is often because the right diagnosis has not been found for problems they may have known about for some time.

AOA1 stands for Ataxia-Oculomotor Apraxia Type 1. It is an extremely rare condition which is similar to A-T in many of the physical and neurological symptoms. It is caused by a defect on a different gene, the APTX gene, which results in the lack of production of a protein called Aprataxin. Although different to ATM, this protein is involved in some of the same processes. Like A-T,  AOA1 usually develops in childhood, and causes a similar range of movement and visual problems. However there are usually no associated immunological problems and telangiectasias do not develop.

AOA2, or Ataxia-Oculomotor Apraxia Type 2, has a range of symptoms similar to those of AOA1, however it tends to develop later, typically in late adolescence or early teens. It is the result of mutations on yet another gene, the SETX gene. AOA2 seems to be a little more common than AOA1.

This condition, sometimes abbreviated to ATLD is also extremely rare and was only identified as a separate condition in 1999. It is caused by defects on the MRE11 gene, which produces a protein, which like ATM is important to the response to DNA damage. Only around 7 cases are currently known in the UK and a small number in other countries. On this basis it is difficult to say much about its course. However it appears to produce a very similar form of neurodegeneration to A-T, but without the immunological problems.

This condition, abbreviated to NBS, is also very rare. It occurs only occasionally in western Europe, with only two cases having ever been identified in the UK. The majority of cases are in eastern Europe, especially Poland and to a lesser extent the Czech Republic. It is caused by mutation to a gene (the NBS gene) that works closely with the MRE11 gene (above) and the RAD50 gene below. NBS shares some symptoms with A-T, such as immune deficiency, an increased risk of cancer and radiosensitivity. However it has other distinct features such as a reduced head size (‘microcephaly’), distinctive facial features, growth retardation and some learning difficulties.

NBS-like disorder is an exceedingly rare condition, which was only characterised and named in 2009. It is caused by mutations in the RAD50 gene. As the name suggests, its symptoms seem to be similar to those of NBS, but as only one patient has been formally described it is difficult to generalise as to how it might affect other people. 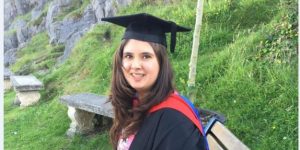 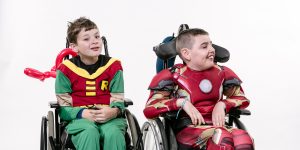 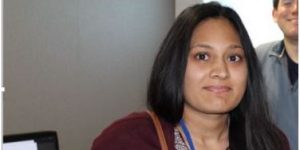 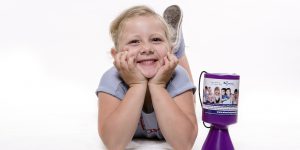