The ATM gene and protein

The ATM gene and protein

The various symptoms of A-T are caused by the fact that one gene, the ATM gene, doesn’t work properly. As a result the particular protein for which the gene contains instructions, also called ATM, is not produced. If we could understand exactly how the lack of the ATM protein causes the different symptoms of A-T, it would make it easier for us to find drugs to intervene in these processes and rescue them. However, there is still a lot that we don’t understand, particularly about why lack of ATM affects some cells in the brain, but not others.

Genes carry all the instructions that living creatures need to grow in the first place and then for all the processes they undergo while living. Most genes act by producing a protein, which has a function in the cells of different parts of the body. A gene can be thought of as one individual set of instructions to build a protein. Together, all the genes which go to make up an individual are called its ‘genome’. The human genome contains an estimated 20,000 to 25,000 genes.

Genes are made up of segments of a chemical called DNA. They are packed together in structures called chromosomes and each gene has its place on one chromosome. Every individual has 23 pairs of chromosomes (a total of 46), one of each pair from their mother and one from their father. Therefore they have two copies of each gene, one from each parent.

The gene we are interested in for A-T is situated on chromosome number 11. It has been given the name ATM gene, which stands for Ataxia-Telangiectasia Mutated. The ATM gene is a particularly big gene (for those interested in the details, it is made up of 66 exons and more than 150kb of DNA).

The gene was first identified in 1995 by a team in Israel led by Yossi Shiloh. However this identification was the result of close co-operation with other researchers, in particular Richard Gatti and Malcolm Taylor.

The ATM gene produces a protein which is also called ATM. This protein is produced in every cell in the body and has an important and complex role in the cell’s processes.

Professor Penny Jeggo, AT Society Trustee, explains the science behind the condition to help families affected by AT, to better understand the condition, the current treatments and the research strategies. There are four videos to watch below. 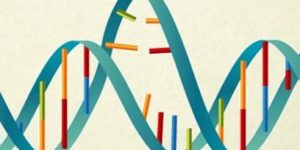 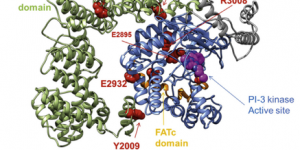 The function of the ATM protein
This site uses cookies. By continuing to browse the site you are agreeing to our use of cookies. To find out more about cookies on this website and how to delete them, visit our cookie page.