How does A-T affect people?

This page deals with the form of A-T that affects most people, sometimes called ‘classic A-T’, rather than the slightly milder version known  as ‘variant A-T’.  For more information on variant A-T, please visit this page.

A-T is a complex condition which affects those who have it in many different ways. It is also quite variable between individuals, who may be more or less heavily affected by different features of the condition.

The three most obvious and serious ways it affects individuals are:

Ataxia or loss of coordination is normally the first and most obvious sign that a child has A-T. Children when they start to sit and stand up may appear clumsy or wobbly, often swaying from side to side when sitting or standing. This doesn’t usually affect their learning to walk, but they will usually be unsteady on their feet – though over time they often adapt their gait to compensate and they may be more steady when moving than standing still.

It is quite common for ‘ataxia’ (lack of coordination) to be diagnosed but this is often initially diagnosed as being a mild case of cerebral palsy. It is only when it becomes clear that the movement problems are progressing that other causes are looked for.

The coordination problems will soon start to affect speech, making it hard to pronounce words. Over time also eating and swallowing are also affected, as these require considerable muscle coordination. In turn, these can result in the child becoming under-weight and sometimes in drooling. The child is also likely to have difficulties in controlling eye-movements, often referred to as ‘oculomotor apraxia’, though vision itself is unaffected. This of course impacts on activities like reading.

These problems often progress quite slowly until the age of 7 or 8, when they tend to worsen more quickly and most children with A-T will be making regular use of a wheelchair by the age of 10. Around the beginning of the teenage years this deterioration tends to stop. However other involuntary movements may develop. These vary from individual to individual but may include jerky movements, tremor, muscle tightness and spasms.

One important consequence of all these problems is fatigue. The muscles of people with A-T are constantly working hard, whether to compensate for problems of coordination or due to involuntary movements, and they are likely to become fatigued quickly. This is something that needs good management, in children particularly, and lots of chance to rest.

Postural problems may also occur, for example the feet or legs may become turned-in, which may require the use of splints or other orthotics. Scoliosis, or curvature of the spine, has been found in around 17% of children attending the Nottingham clinic. In more severe cases, this may require an operation.

In this short film, experts Kate Sinclair and Tom Crawford talk about the neurological features of A-T.

Problems with the immune system

In around two out of three people with A-T, their immune system is significantly affected. Usually this manifests itself as a problem in producing antibodies, also called ‘immunoglobulins’ or  white blood cells called ‘lymphocytes’. They may also respond poorly to some vaccines.  However, the immune system is complex and exactly how it is affected varies from person to person.

Children with these immune problems tend to get more coughs, colds and infections of the throat, ear, sinuses and sometimes lungs. Unlike the physical symptoms, the immunological abnormalities don’t usually worsen with time. However, frequent infections can over time start to cause damage to the lungs. This can be exacerbated by swallowing difficulties, which can allow saliva or food particles to get into the lungs, and may result in chronic lung disease.

People with A-T have a greatly increased risk of cancer and around 25% of people will develop cancer. In children, the cancers are usually either lymphomas or leukaemias, though solid tumours are also possible. In adults the tumours are usually solid. Adult women with A-T have a high risk of developing breast cancer but otherwise cancers occur in different organs. In recent years there have been several cases of cancer of the oesophagus and other parts of the digestive tract.

As a result of their sensitivity to radiation (see below), people with A-T and cancer cannot be treated with radio-therapy, nor with certain drugs that mimic the effects of radiation. Apart from this, however, cancers can usually be treated with fairly standard treatment regimes.

Other features of A-T

There are a number of other features of the condition. These include: 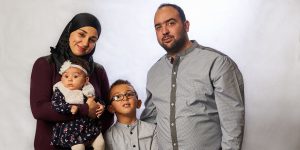 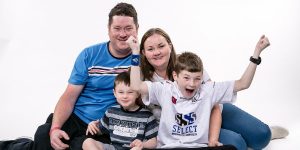 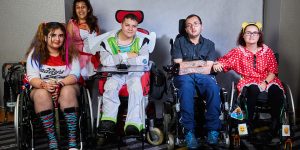